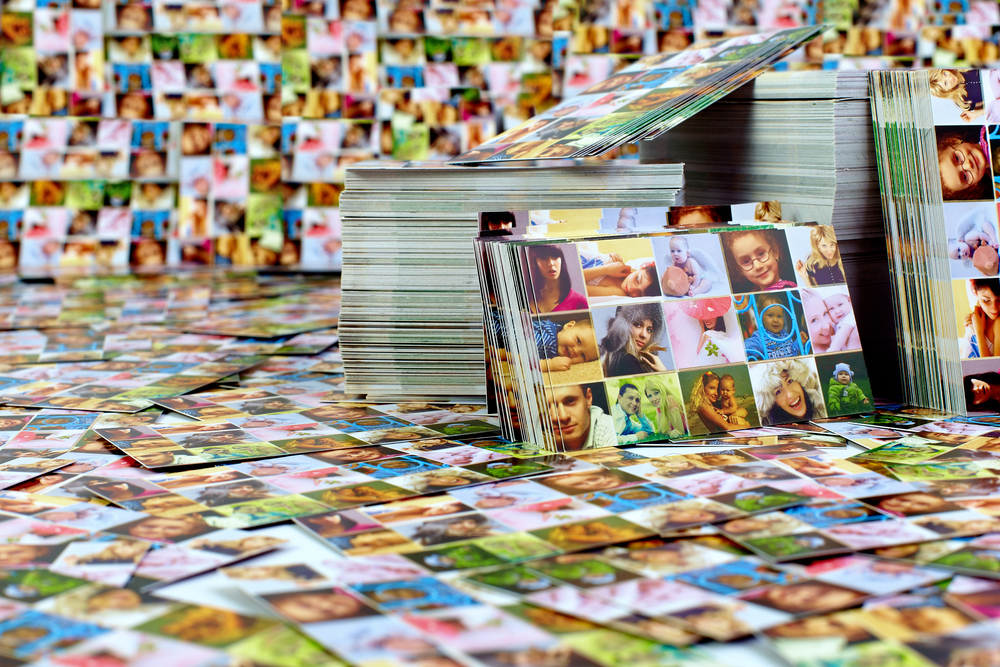 A short history of digital print

We’ve recently seen the switch from mechanical to digital in many different industries, including the print sector. While ‘traditional’ print methods such as offset lithography still have their place in today’s print industry, the emergence of digital print over the last 25 years has had a huge impact on the world of print. Previously on the PMG Print Management blog we’ve taken a look at some of the most pivotal moments in print history. Today, we’re going to look at advancements in digital print. This technology is barely thirty years old, so in all likelihood you’ll have experienced its development first hand.

What is digital printing?

Digital printing is a printing process where a digital image is printed directly on to a medium, without the use of intermediate materials such as printing plates. In analogue printing methods including lithography and flexography, printing plates must be produced and continuously replaced. In offset printing (an analogue method), the ink is transferred from the printing plate to a rubber belt and then onto the print surface. In digital print, there is no middle stage. Let’s take a look at some key dates in the history of digital print.

In the mid ‘80s, laser printers first started to appear in offices. The technology had been developed for a couple of decades, but the size and cost of the technology meant that they were only used in a handful of companies before the mid ‘80s. Xerox, Canon, Apple, HP, IBM and others quickly brought laser printers onto the market.

To go with the new hardware, software was developed that enabled businesses and consumers to print and publish their own digital files. For the first time, offices could quickly and cheaply print files and make simple changes to page layouts, without having to ask a professional company to do it for them. However, print remained extremely costly, and few companies could afford to print in-house.

In 1988, Hewlett Packard marketed an inkjet for home use. Although the technology had been around for a decade or so, this was the first time that it was successfully sold as a consumer product. During the technology’s development, there had been numerous technical hurdles to overcome, including improving ink efficiency, preventing the nozzle from becoming clogged with dried ink and controlling the flow of ink to the page. Print companies introduced liquid ink cartridges – a key improvement to the technology that really allowed it to excel. HP’s DeskJet printer went on the market for $1,000.

While all the major technological leaps were made in the ‘80s and ‘90s, the technology continues to develop today. Printers continue to become faster, cheaper and capable of printing higher quality images than ever before. Today’s offices tend to feature multifunction printers, which combine the functionality of a laser printer with a photocopier, fax machine and scanner. However, the running costs remain high and are often a barrier to a company’s print plans. This is where print management comes in. Our network of contacts in the printing industry enables us to find you the best deals on print. We can help you find significant savings on your everyday print bills. Book a free print inspection to get started.