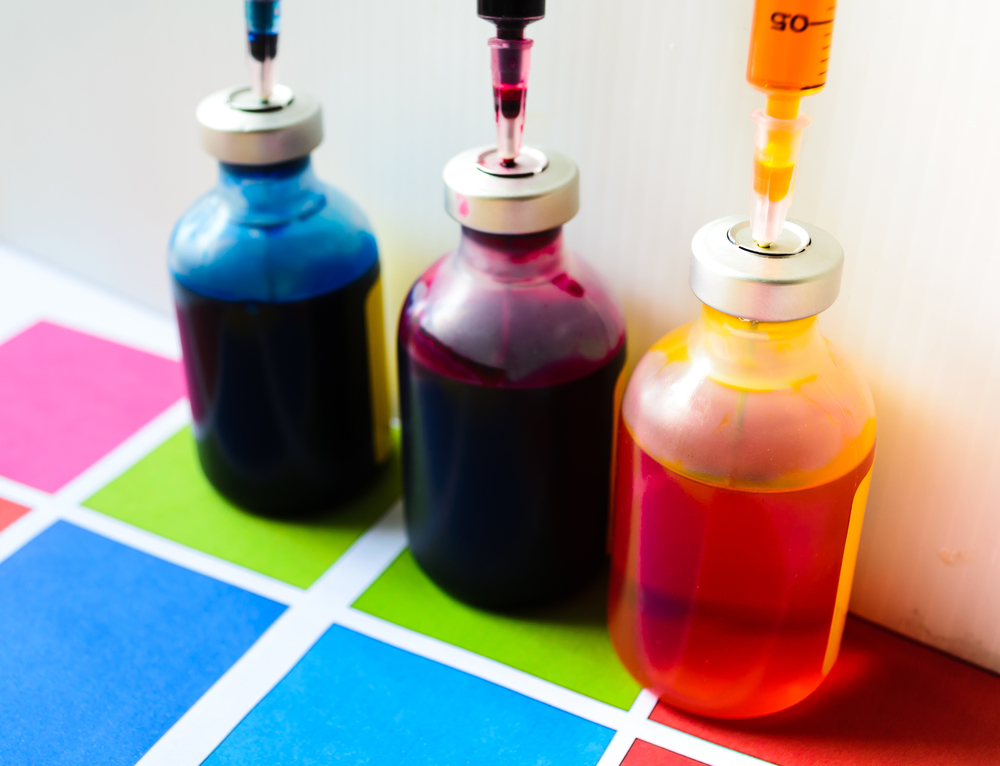 Ink through the ages: where did ink come from and what do we use today?

Ink is everywhere, even if we don’t realise it. While demand for traditional printing has reduced with the advance of digital alternatives, our consumer society means the highest demand for printing comes from packaging. Everywhere we look there is ink: in pens, on newspapers – even on our disposable coffee cups. The history of ink goes back to the 23rd Century BC in ancient China, so how has it developed through the ages to become a staple product in contemporary print management?

The first recorded uses of ink are, unsurprisingly, found in cave paintings. These depictions of ancient man prove that humans have always had an innate instinct to communicate with others in a more permanent way than the spoken word alone.

The first inks for writing go as far back as the 23rd Century BC in China. Dyes were made from organic matter such as plants and animals, which were ground with graphite to produce ink – subsequently applied to flat surfaces using paintbrushes.

Indian ink, called masi, was developed around the 4th Century BC, and made with burnt bones, tar and pitch. Instead of paintbrushes, it was applied to parchment with sharp needles, as the forebear of the modern pen.

Then came the Romans

The Romans developed a new type of ink, which acted as the basis for inks through the next millennia. Ferrous sulphate inks were made from a base of ground iron, which was subsequently mixed with the tannin from gallnuts. The use of iron sulphates as the base for inks ran through medieval times, even when it was realised that alternatives, such as scorched hawthorn branches boiled with wine, were still possible solutions for longer-lasting inks.

The development of the printing press

Our good ancestral friend, Johannes Gutenberg, developed the very first mechanical printing press in the 15th Century, but this brought with it a unique problem. Existing inks would smudge in moveable type printing, as they didn’t absorb into paper fast enough or used soluble gum bases. To solve this problem, Gutenberg concocted the first oil-based ink, made from turpentine, walnut oil and soot. The added adhesive properties meant the printing press wouldn’t smudge the pages, and each page didn’t require a lengthy drying time.

Inks remained either sulphate-based for handwritten purposes or oil-based for printing purposes for centuries. The only trouble consistently found over time, however, was that ink faded. It could also destroy parchment, as the corrosive nature of sulphates ate through the pages.

While not an immediate problem and definitely not one considered by English chemist William Henry Perkin, the solution was found completely by accident in 1856. Perkin was trying to find a cure for malaria, and ended up discovering the first type of synthetic dye for ink – opening out the possibilities for permanence and easier mass production.

CMYK (cyan, magenta, yellow, key) printing first emerged as triple-plate photography back in the early 19th Century, with three different filters applied to the same shot for colour photography. The 1970s saw the use of this concept in new-fangled inkjet printers, and is still used today for some forms of printing.

Solid ink is the alternative used today, where ink sticks are melted to produce colour. This is most commonly seen in processes similar to offset lithographic printing, and produces a wide range of colours and possibilities.

The future of ink

As technologies continue to develop, the need for ink solutions endures. New paper types, new methods of printing and new forms of print production means the future could hold a huge range of possibilities for ink development.

However, for now your print production requirements are still comparatively numerous, and you might find you need a guide to help you through the process. That’s where a print management provider such as PMG comes in. Be sure to give us a call today to see how we can help.