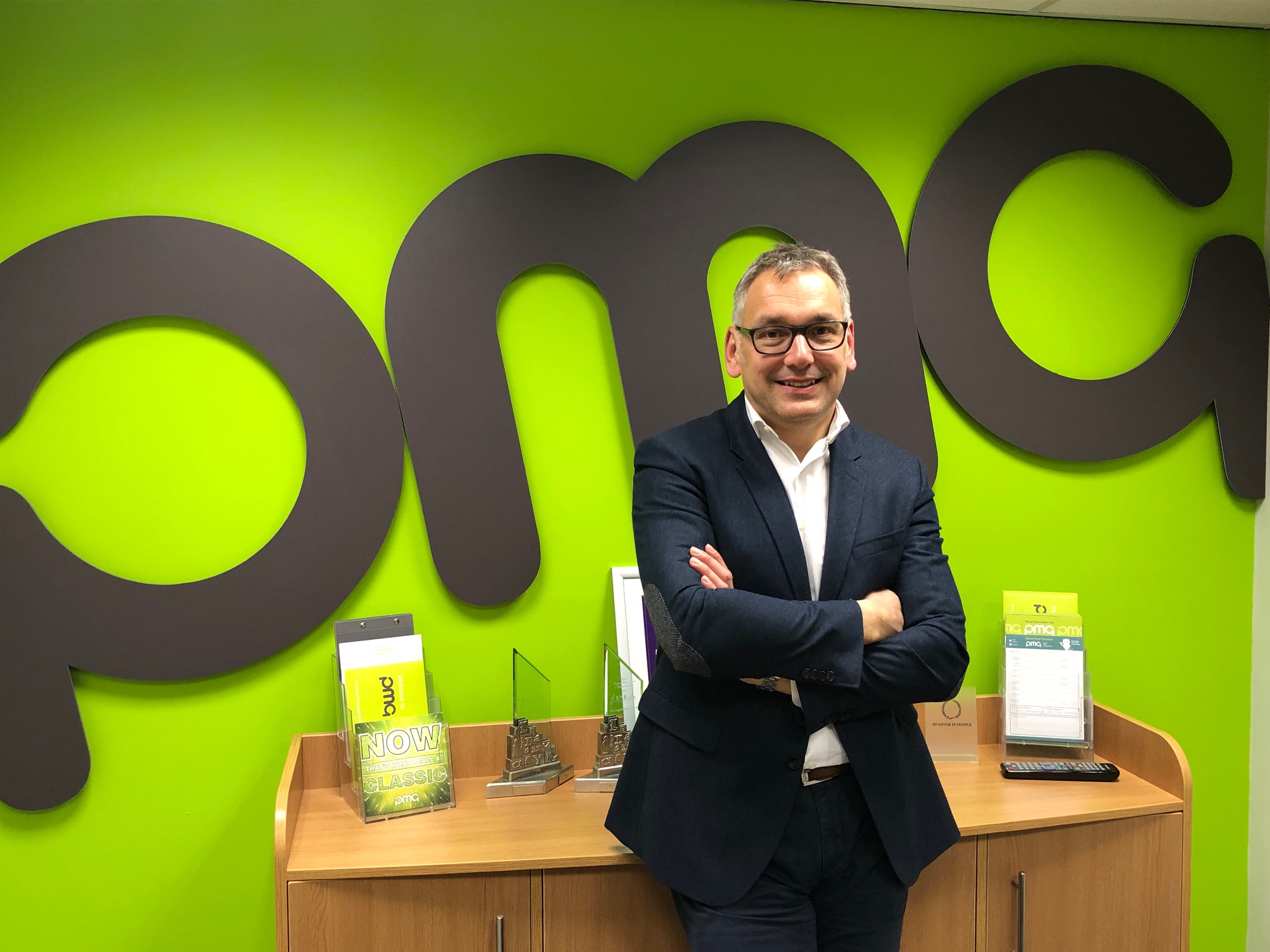 How long is a long time in print management?

How long is a long time in print management? Mike Roberts, our managing director, is celebrating 30 years in the wonderful world of print management this February (we know, he doesn’t look old enough). So we thought we’d use the occasion of his anniversary to celebrate the man behind PMG.

A lot changes over three decades and not just in the printing world. Mike shares his anniversary with a certain national broadcaster. Back in February 1989, Sky launched its four channel television package in the UK. Featuring just Sky Channel, Sky News, Sky Movies and Eurosport at the time, Sky has grown to become a behemoth of a multimedia company and one of the most recognised brands in the country.

Back in 1989, Alastair Yates (along with Penny Smith) hosted the first Sky News bulletin. And it was another Alistair that brought Mike into print management. Mike joined the Team at Alistair McIntosh in the same month, working there for nearly 14 years and developing the Alimac brand that became one of the UK’s leading print management companies, attracting clients including HBOS, Asda and Barclays.

In 2002, Williams Lea bought Alimac and Mike headed off to pastures new, taking on the challenge of working back at grass roots print management as Sales Director of a small Leeds based outfit called Proof and Print (P&P).

Following a very successful few years, Mike bought the controlling interest in P&P and expanded the operation further, acquiring a sister company Wentworth Business Services then incorporating them together with P&P to form The Print Management Group Ltd – PMG.

Over the last nine years, Mike and the team have taken PMG from strength to strength by focusing on the needs of the clients. Want more environmentally friendly printing options? PMG can help with that. Want to reduce costs without compromising on quality? PMG can do that too. Want outstanding results every time? That’s our starting point!

As is often said, there’s no point getting older if you don’t get wiser. Here at PMG, those are words we live by, using our clever approach to print management to make sure our clients get what they need. Thanks for the wisdom, Mike.