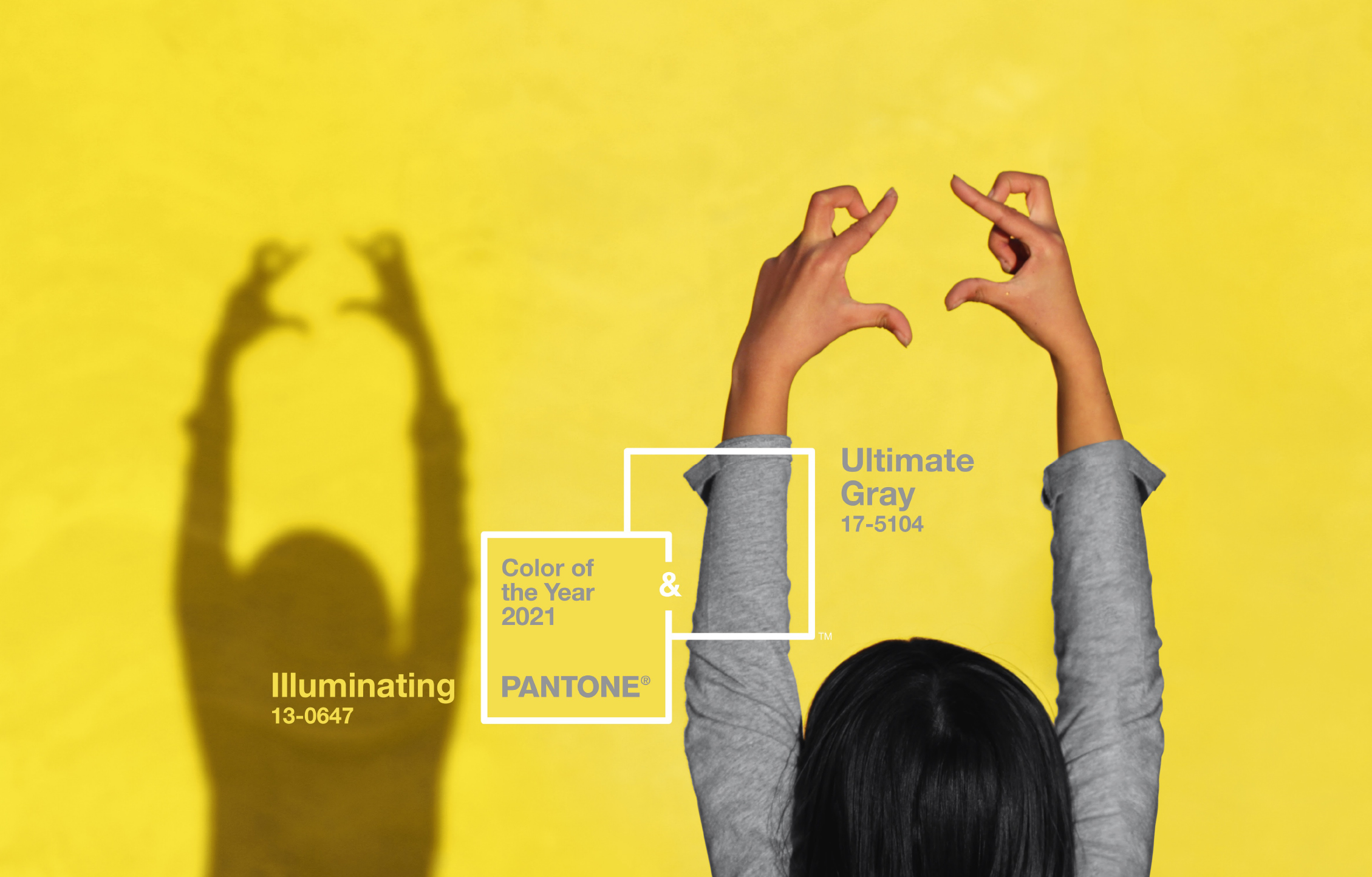 Pantone’s colour of the year 2021 is… two colours! (And not everyone loves them)

It is the annual announcement that brings colour back into focus in a way which attempts to tap into the collective mood. And Pantone’s Colour of the Year 2021 did not disappoint.

In a step away from tradition (and in a rather smart move, we thought), Pantone chose two colours – Pantone 17-5104 – Ultimate Grey, and the contrasting Pantone 13-0647 Illuminating, which is a cheery shade of yellow. It’s only the second time in the announcement’s two-decade history that the colour forecasters at Pantone have chosen two colours.

Pantone loftily described their palette as “A marriage of colour conveying a message of strength and hopefulness that is both enduring and uplifting… Practical and rock solid but at the same time warming and optimistic, the union of PANTONE 17-5104 Ultimate Gray + PANTONE 13-0647 Illuminating is one of strength and positivity.

“It is a story of colour that encapsulates deeper feelings of thoughtfulness with the promise of something sunny and friendly.”

We’re not sure about that, but we can appreciate the reason Pantone chose what could be seen as the mascot of 2020 – Ultimate Grey. It is a muted grey which sums up how many people will feel heading into 2021 given the subdued nature of last year.

Contrasting this with the sunny, buttercup yellow tones of Illuminating is a great move, and one which colour enthusiasts might suggest is the ultimate hedging of bets, given the official Pantone colour of 2020, Classic Blue, is pretty much the universal colour of scrubs worn in hospitals around the world.

The choices haven’t been entirely well-received, however, being likened to yellow lines on grey road surfaces and the colours of high-vis safety wear.

Speaking with Vogue, Pantone’s trend forecasters explained they selected two colours because, “it became apparent that there was never going to be one colour that could express everything that needed to be expressed — that it was, instead, critical to have two independent colours that could come together.” Vogue described the choice simply as “really weird”.

The last time Pantone chose two colours was in 2016. That year they named the gentle pink of Rose Quartz alongside the soft blue of Serenity, crediting “wellness” and “movements toward gender equality and fluidity” as the reasons.

Pantone like to use their colour choices to make social statements, with 2017’s Greenery and 2019’s Living Coral making clear links to the climate crisis. Let’s hope that we get more Illuminating and less Ultimate Grey in 2021!