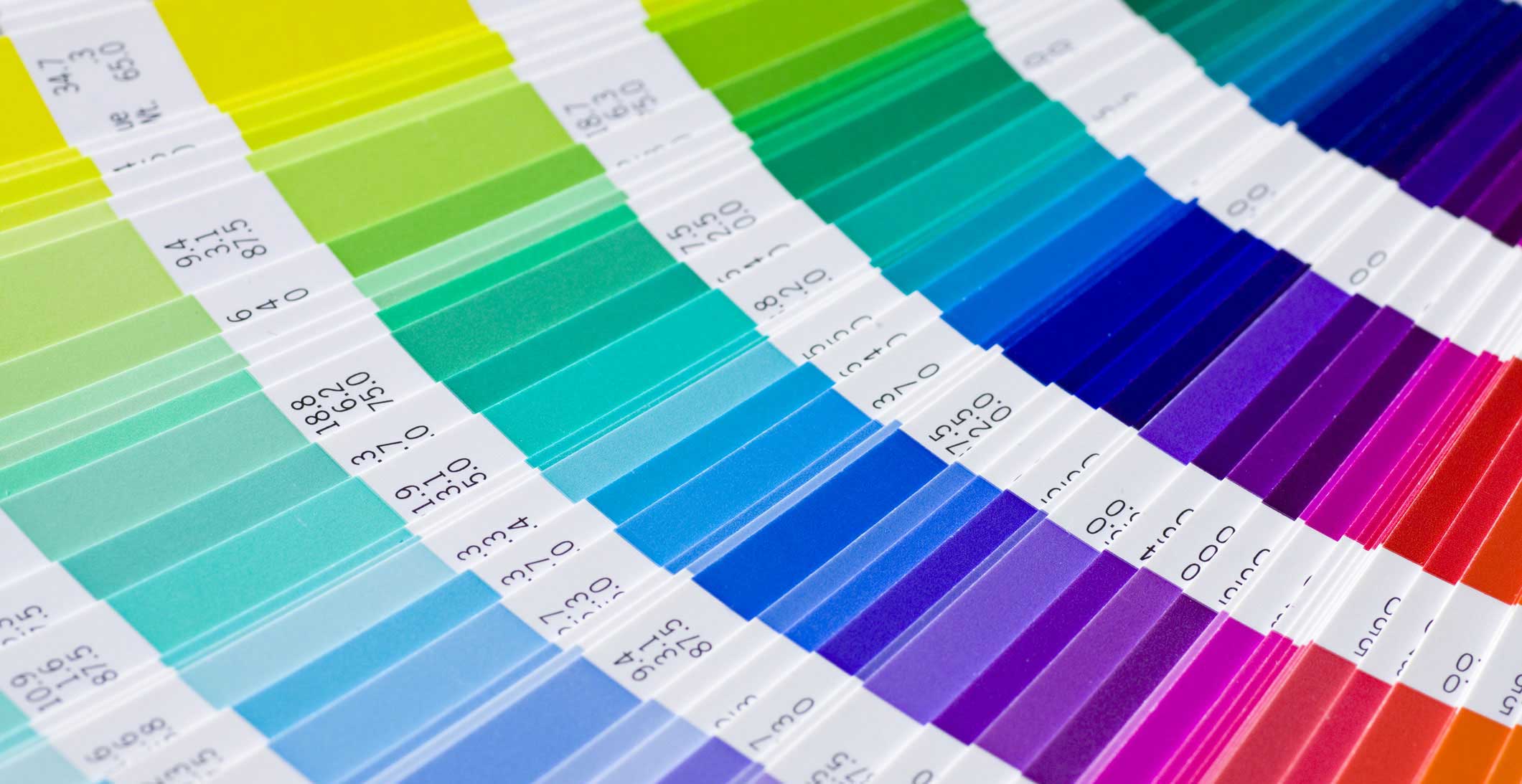 You’d probably expect us to say that colour theory fascinating. It’s amazing how colour can evoke such a powerful and emotive response from people. Different colours and shades have such ingrained meanings that we are all subconsciously conditioned to interpret – blue for a boy, pink for a girl, red for danger and green for nature. (Take a look at this blog for some other musings on colour.)

It doesn’t end there though. There’s such a lot you can communicate with even just one or two colours, if you have a basic understanding of colour theory. Adding white or grey, or playing with the saturation of a colour can also create a myriad of different effects to help your message stand out from the crowd.

There are a lot of technical terms used by printers and graphic designers which mean similar things, yet have nuances that can leave those outside the industry feeling befuddled and bemused. Some commonly used terms often get mixed up and used in the wrong context, so we thought it might be helpful to demystify these…

The hue is simply the basic colour used – red, blue, purple etc. It’s important to consider the meanings associated with different colours when designing your colour schemes to ensure you convey the right message. Some colours, such as yellows and oranges, suggest sunshine, positivity and happiness, while others such as deep purple hues might have high end, luxurious or even regal connotations.

Chroma refers to the purity of a colour. If it hasn’t had any black or white added it has a high chroma. Adding white to colours softens them and can make them appear pastel, while adding black darkens the shade. Using a range of hues with the same chroma can work well as they often complement each other.

The value is how light or dark a colour is. For example, black has the lowest value and white has the highest. Navy blue has a low value and baby pink a high one. Using colours with quite different values helps create very striking and bold designs.

Saturation means how a colour appears under certain light. Some colours look weak while others appear very strong under lights. In the same way chroma works, similar saturation levels can work well together from a design point of view.

A colour with a high saturation level can pop against a background with a low saturation though, which can grab people’s attention and draw the eye to the most important part. This technique is used well by tabloid newspapers, where highly saturated red is used to stand out. In contrast, colours with low saturation can be used together to create a soft, muted or dreamlike effect.

Adjusting the tone of a colour means adding grey to it to adjust the appearance. This can create a more muted effect, and can make designs appear vintage, retro or contemporary. Think the type of colours Farrow & Ball have in their range and you’ll understand what we mean.

A tint is when white is mixed with colour to create a lighter hue. The result is often a pastel shade, which might work well when designing branding for baby products or to create a feminine feel.

This has been a quick romp around colour theory, explaining some of the most commonly-used terms. If there’s anything you need help with do just call our friendly design studio team – we’d be more than happy to help.